Congratulations to Donald Campbell of Haverhill, Massachusetts for being the grand prize winner at the 2014 Haverhill Rubber Duck Regatta. The Rubber Duck Regatta race was held on Saturday, September 6 2014. Each year, roughly 10,000 rubber ducks are dumped into the Merrimack River in Haverhill, MA and race down the river to cross the finish line. The event is held to raise funds in support of local charities

Donald’s duck was the first to cross the finish line, awarding him first place & the grand prize of $10,000 donated by Rockingham Motors. Every year, Rockingham Motors sponsors the event and donates $10,000 to the first prize winner. Donald purchased a “quack pack” of 6 ducks online through the website www.adoptaducktoday.com before his lucky duck beat the rest!

Donald came to the dealership to pick up his life-sized $10,000 check from Ryan and Brody this week. He still can’t believe that he was the grand prize winner. On behalf of Rockingham Motors, we would like to congratulate you once again on a well run race! He sure is one lucky duck!

For more details on the race and photo’s of the event, check out our Facebook Page! 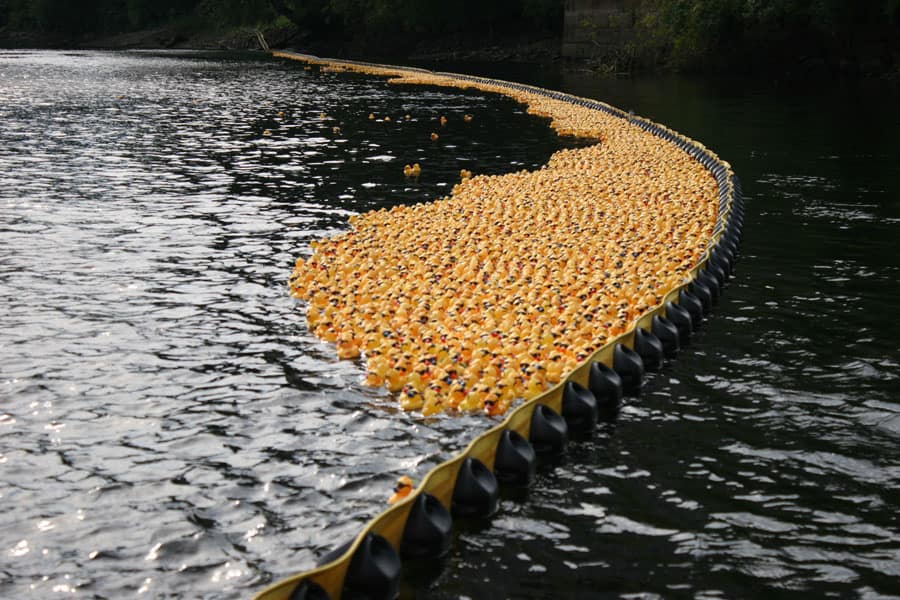 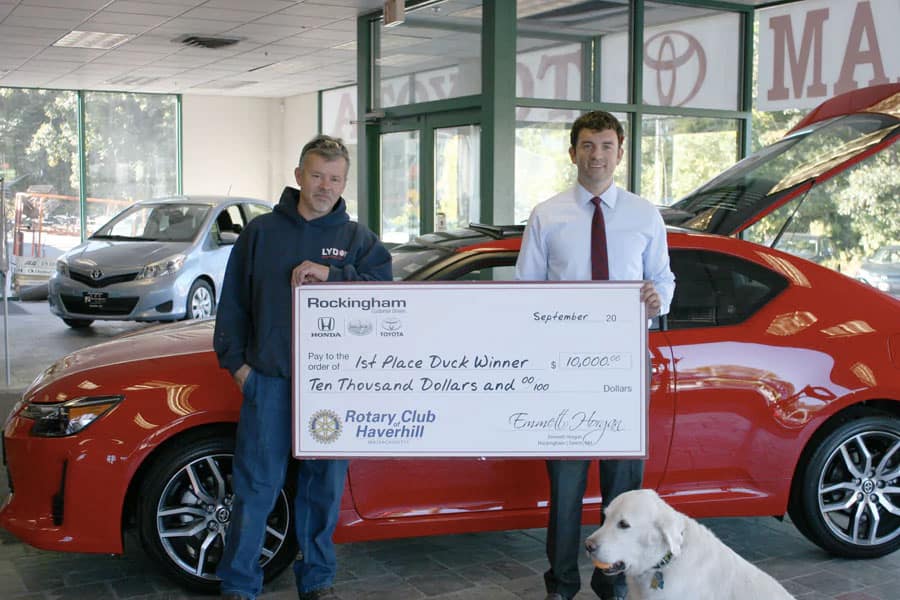